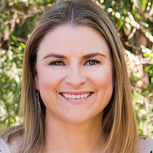 Kylie comes to Empowering Lives from a non traditional, educational background. Professionally, she has a Bachelor of Business majoring in Accounting with ten years business experience in both Australia and the UK.  Her introduction to the Arrowsmith program came after a ten year journey of researching to help her daughter.

In 2015, Kylie and her family took a leap of faith and went to Toronto, Canada to try a six week summer Arrowsmith program. They saw such incredible changes in their daughter within this 6 weeks that they stayed for nine months!

Kylie has been a strong voice and advocate for the Arrowsmith Program. She completed her Arrowsmith training in January 2017 and taught the Arrowsmith Program for various organisations until opening Empowering Lives in 2018 under the banner of Teen Challenge Qld. Kylie is very passionate about helping both children and adults and she brings a wealth of practical knowledge mixed with empathy and compassion, having walked this journey as a parent.

Kylie loves spending time with her family, has an identical twin sister and loves travel, road trips and coffee.

After 35 years of working in education as a classroom teacher, a PE teacher, a Deputy Principal with Education Queensland, and finally as Head of the Junior School at Brisbane Boys' College, Gary joined the Empowering Lives Team at the beginning of 2019.

As a primary school educator he has always seen the benefit of the process of 'little and often' and the daily reinforcement of concepts to develop young minds. The Arrowsmith Program certainly uses this methodology to develop the Neurological Pathways in the brain.

​After being involved in Arrowsmith for four years, Gary has seen the benefits it has brought to the lives of the students who have been enrolled in the Program. He has seen the academic improvement the students make as they progress through the Program but, equally important, he has seen the positive effects it has on students, who for the first time, start to see themselves as learners.

Jenny has qualifications and experience in teaching Early Childhood, Junior, Middle School and TESOL. For the last 40 years she has taught in state and private schools in Brisbane and North Queensland. She has always enjoyed the privilege of working with students across the range of learning abilities.

Jenny became aware of the Arrowsmith Program in 2015, while tutoring a nine year old student with considerable cognitive deficits, particularly in mathematics. After the student returned with her family from nine months of engagement with the Arrowsmith Program in Toronto, Jenny was amazed to see her greatly increased capacity to understand and retain concepts and processes across the range of subjects, but particularly in mathematics.

Jenny completed the Arrowsmith Teacher Training Program in Sydney, in January 2019 and has been working with young adults at Empowering Lives since that time. She loves to see the growing confidence and joy that comes as students engage enthusiastically in the Program and experience improvements in cognitive functions.

In her spare time Jenny enjoys cooking, walking, travelling holidays and spending time with family and friends. She and her husband are parents to four adult children and they have two precious grandchildren.

Robyn graduated with a Diploma of Teaching (Early Childhood), in Brisbane, in 1989, and has worked as a preschool teacher in Sacramento, California as well as a teacher's aide in the Sacramento school district.

Whilst her children were completing their schooling, she volunteered to assist teachers at Brisbane Boys' College Junior School and completed a Linguistics major at the University of Queensland.

Robyn completed the first Arrowsmith Teacher's training course to be held outside of Canada, in Sydney, in 2016 and has been working at Brisbane Boys' College in the Arrowsmith classroom since graduating and started teaching with Empowering Lives in 2018.

Robyn loves the outdoors - cycling, walking and travelling as well as attending the theatre to enjoy plays, musicals and classical concerts.  She lives in Taringa with her husband, Malcolm and they have three adult children 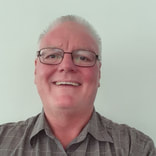 Bill McCallum - Arrowsmith Cognitive Teacher
​
Bill graduated from the Australian Catholic University in 2012 with a Master of Teaching   (Primary) and has taught in both state and private schools throughout Brisbane. He enjoys   teaching in various roles including classroom teacher, relief support and in differentiated learning support.

Prior to graduating in teaching, Bill completed a Bachelor of Social Science (Psychology) and spent several years providing help and support to children and families experiencing difficulty related to anxiety, stress, grief and loss. Bill enjoys teaching in a classroom environment, however, he especially enjoys working on a one-to-one or small group setting where more individualised discourse and learning can take place with students.

At the end of 2019, Bill was introduced to the Arrowsmith Program and immediately determined that the structure of cognitive learning and function for individual students highly appealed to him. Bill completed the Arrowsmith Training Program in February 2020 and is excited to see students’ learning develop and to provide critical positive development in their lives.

Bill has three teenage children still at home, with one attending University and two still at Secondary School in Brisbane. His wife works in Public Health as a Medical Scientist. In his spare time he enjoys spending time with family, camping, outings to the beach and going on road trips. Bill values going to watch his daughter play footsal but likes watching all types of sport. He also enjoys playing guitar and drums.